William Douglas has over the last 30 years, taught Mind-Body Education to students from Pre-School through University; for drug-rehabilitation and prison-rehabilitation programs and for Maximum Security Prisons; as well as for many of the world's largest corporation's executives and employee staffs. His personal experience revealed that Mind-Body Education is accessible to children of any age/development level when taught in age-appropriate ways.  Bill has also spent 20 years working with Mind-Body Experts/Professionals in over 80 nations, and with major medical and government institutions, educating the public about the science on Mind-Body Education.

After serving as a Human Resources Administrator for 5 international environmental-technology companies, managing Retirement and Payroll for those companies, Bill's career took two tracks: 1) Mind-Body Education as a student and teacher, and 2) As a local and global movement organizer. Bill founded World Tai Chi Day, an 80 nations global health/science education program which has been officially proclaimed by government bodies and officials around the world: 22 US Governors; Senates/Legislatures/Parliaments including: Puerto Rico, California, New York, and the National Congress of Brazil. Events were held at the UN Building in New York and at the Nobel Peace Center in Oslo, Norway. The annual event (of 21 years) is two track: 1) Mass Tai Chi and Qigong exhibitions held in public spaces in over 80 nations, and 2) Invited local and international media to cover events, in order to share the SCIENCE on Mind-Body practices with the public. Over the 21 years of this event's global reach, it has exposed over ONE-BILLION potential media readers/viewers to the science on Mind-Body practices.

William's 21 years of global health education led him to realize that the public IS now educated on Mind-Body science.  As Mind-Body Education benefits are widely known ... it is now far past time FOR ACTION, and that it is time for Mind-Body Education to be spread worldwide via the most effective, economical means ... via Public Education worldwide, because nothing would create more creative, curious, and focused students as Mind-Body Education. The science is in on this.. 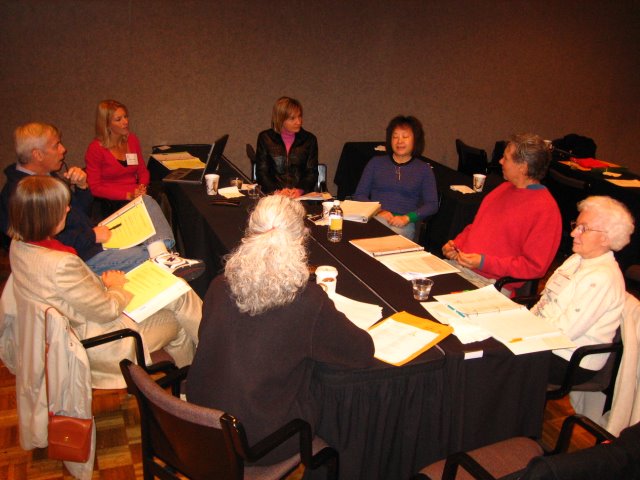 Angela Wong-Douglas in the above photo (speaking) was part of a national team of Mind-Body Experts commissioned by the National Council on Aging to create a "Tai Chi Efficacy Guide" for aging-professionals and institutions across America. Although Angela is a United States citizens, she was born in Hong Kong where she was exposed to Mind-Body training at an early age, by her mother who was both familiar with herbal medicine as well as Tai Chi (a Chinese Mind-Body practice, which is part of TCM, Traditional Chinese Medicine). Oi Yue has taught Tai Chi for health networks and governments for nearly 3 decades, and is the co-author of a best-selling Tai Chi book published in several languages.

Angela received her Bachelors Degree in Business Management from the University of Kansas at Ft. Hays, and has spent decades, beginning in accounting at Amway Corporation and recent decades in managing finances for the 80 nations health education project, World Tai Chi Day, honing the skills needed to realize the Global Transformation Project. 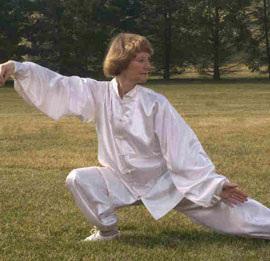 Dr. CJ Rhoads qualifications are so vast and deep in finance and organization/event development, that only a few of her staggering accomplishments are mentioned here.

DEVRON WONG SAM'S EXPERIENCE TEACHING HIS SON TAI CHI & MEDITATION, SINCE AGE OF 4, CEMENTED IN DEVRON THE KNOWING OF THE PROFOUND POTENTIAL MIND-BODY EDUCATION CAN HAVE IN THE WORLD, so when Devron learned of "The Global Transformation Project" he was excited to support this global healing vision.

DEVRON has had a fascinating journey. Having retired from a fantastically brief, though famously successful modeling career, Devron returned to his native NY City, and soon after began his training in Tai Chi Chuan, in 1993.
He started with Cheng Man Ching’s 37 posture Yang form, which has morphed over the decades into his own, Third King 48 posture form.

.Devron trained his own son Sky, since the age of 4… who presently at 18 is highly accomplished in all aspects of the art… a Young Man of upstanding Character and Integrity, a Dedicated and Passionate Student of Neuroscience, a viral Skateboarder sought after to become Pro, and the foundation of Devron (- Brutha D.) subsequently Founding, Human Mend Project.

Organiz
Purposes of The Global Transformation Project (GTP):
1) To gain a United Nations Resolution advocating Mind-Body Education become a "core-part" of Public Education worldwide
2) To educate the planet on the science-based benefits of Mind-Body Education (Yoga, Tai Chi, Meditation, Mindfulness, Qigong)
3) To bring together people across racial, economic, religious, and geo-political boundaries, to join together for the purpose of health and healing, providing a vision to the world of science=based transformation.
4) To educate the planet that TRILLIONS OF DOLLARS CAN BE SAVED ANNUALLY, year after year, by the entire planet in saved, health, social, conflict costs, and that a simple powerful PROVEN solution exists..

21 YEARS OF ORGANIZING World Tai Chi & Qigong Day LAID THE GROUND-WORK
FOR "THE GLOBAL TRANSFORMATION PROJECT" ADVOCATING YOGA, TAI CHI, MEDITATION, MINDFULNESS, QIGONG)
SEE BELOW Past GLOBAL MIND-BODY HEALTH EDUCATION EVENT videos FROM AROUND THE WORLD .. THE SCIENCE IS IN!
PEOPLE WORLDWIDE KNOW IT IS "PAST TIME" FOR PUBLIC EDUCATION TO INCLUDE SCIENCE-BASED MIND-BODY EDUCATION